Why wars are horrible

On 24 February 2022, Russian president Putin began a military invasion of Ukraine. This war is all over the European media right now. Sadly, it's not the only current armed conflict. 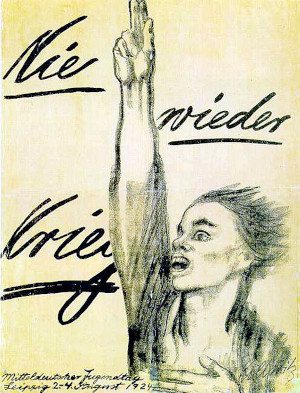 Here are some reasons why all wars are horrible:

This is a video message from the Ukrainian pacifist movement (recorded shortly before Ukraine was invaded).

"War is a crime against humanity and therefore we are determined not to support any kind of war and to strive for the removal of all causes of war."

The following is a German video with a message from Bernd Drücke. He talks about sabotage of military equipment and supporting war deserters and refugees of all countries.

Antimilitarism is not Pacifism is not passive Submission

Critics of Antimilitarism claim that pacifism enables totalitarian systems as they falsely assume that pacifism is equal to passive acceptance of the status quo.

Pacifism is opposition to war but also to other forms of violence. Pacifism is not passive submission: you can effectively be active against direct and structural violence using nonviolent action. Some pacifists reject all forms of violent action, others only those against living beings, again others are ok with armed self-defense. Some pacifists support the idea of "peaceful military missions", others (like the anarcho-pacifists) do not. Pacifism is sometimes rooted in religious beliefs. Some see nonviolent action as the only way towards a peaceful society.

A good overview of the peace, pacifism, and antimilitarism movements (in German) can be found here.

Militarism is not only a problem when people get killed by weapons, the problem starts earlier when soldiers, military symbols, and military language "invade" our daily lives:

While all of this does not directly harm anyone, it normalizes militarism and thus reduces resistance against armed interventions.

2021 marks the 100th birthday of War Resisters' International - a global network of grassroots antimilitarist and pacifist groups, working together for a world without war.

The WRI consists of about 90 affiliated groups in more than 40 countries.

Their declaration is War is a crime against humanity. We therefore are determined not to support any kind of war and to strive for the removal of all causes of war.

Here are some goals they strive for:

Some of the German groups affiliated in the WRI are

Graswurzel revolution publishes well-researched articles about the history and causes of war. This includes details about economic and strategic interests behind wars as well criticism of the western arrogance of "bringing peace and freedom" by means of war and not acknowledging local peace movements.

Every day should be a day against militarism. However, here are two special days: 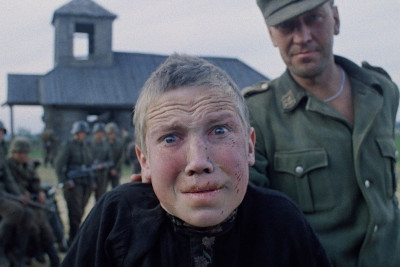 Wikipedia: The film mixes hyperrealism with an underlying surrealism, and philosophical existentialism with poetical, psychological, political and apocalyptic themes.

This is based on a short presentation from 2021/08 which can be found here (PDF).